WHAT IS THE QURAN?

The Quran* is the actual word of God revealed to Prophet Muhammad ﷺ in Arabic.

THE QURAN’S PLACE IN ISLAM

Islam is based on the Quran along with the authentically transmitted teachings of Prophet Muhammad ﷺ (called the Sunnah). The Quran is, therefore, Islam’s scripture and one of it’s primary sources of beliefs and laws but not the only source.

HOW DO YOU KNOW THAT THE QURAN IS REALLY FROM GOD?

There are many reasonable criteria that a sincere and objective learner can apply to decide whether a supposedly divine scripture is God’s unaltered word or was authored and modified by human beings. Some of those criteria include the following:

It is a logical impossibility that the creator of the universe would be similar to created beings. Therefore, it follows that His words and work cannot be like those produced by humans. This is why God challenges mankind repeatedly to produce another book like the Quran or just one chapter like its chapters!

​”If you are in doubt regarding what we have revealed to Our slave (Prophet Muhammad), then produce a chapter like it and call on your witnesses besides God if you are truthful.” Qur’aan 2:23 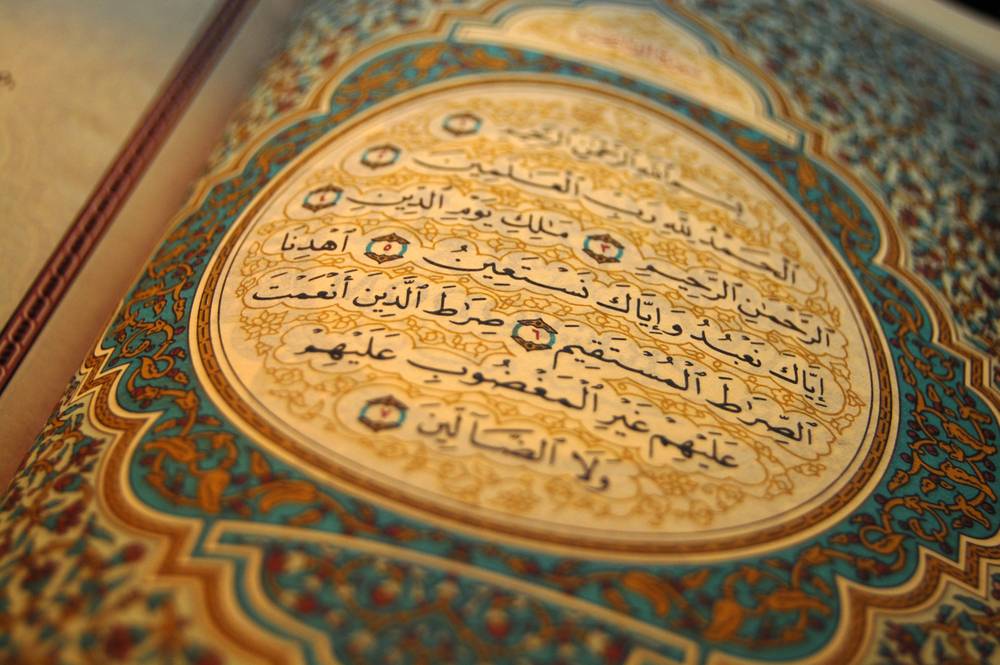 Soorah al-Faatihah or the Opening Chapter.

God also challenges humankind to find clear contradictions and unharmonisable discrepancies in His book. The Quran was revealed over 1400 years ago, yet no one has able to prove a single contradiction.

​”Had this Quran been from other than God, they would surely have found in it many contradictions.” Qur’aan 4:82

Not a single word from the Quran has been added to or subtracted from it by human beings. The Quran has been preserved by almighty God in its original language, Arabic, to this day. Indeed, there are over 20 million people, many of who are not Arabs, that have the memorized this book from cover to cover, in it’s original form (not translations). Incomparably, this book, especially the first chapter is read from memory at least 17 billion times every single day.

​”We have, without doubt, sent down the message; and We are certainly protecting it.” Qur’aan 15:09

As time goes by, the physical sciences continue to develop further and further. Yet, the Qur’an is able to withstand the test of science. If anything, established scientific facts mentioned in the Quran have led countless objective researchers to conclude that the Quran cannot be but the word of God, the creator of this universe and its natural laws.

​”We shall show them Our signs in the universe and within their own selves, until it becomes clear to them that this is the truth.” Qur’an 41:53

Please have a look at our leaflet, The Qur’an: The Final Revelation to Mankind. Click here to order a free copy delivered to your address.

READ AND LISTEN TO THE QURAN

A physical copy of the Quran translation in English is available from NZIIC – please do get in touch with us for your free copy.

You can also read it online on Quran.com

Listen to multiple melodious recitations of the Quran on quranicaudio.com